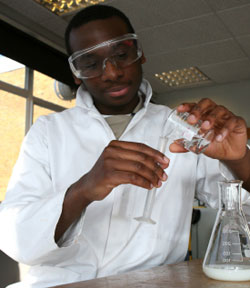 What do math and computer experts, people who study rocks, and soil scientists all have in common? They all work on the same team in the world of Energy Underground! To discover more about these and other fascinating jobs in the world of natural gas, read on by scrolling down! 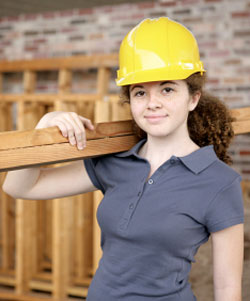 What does it take?

Bringing up natural gas from all its many hiding places in the earth takes a lot of skill! That’s why companies hire people who are good at different things to work on their natural gas teams. Let’s take a look at just some of the special jobs in Energy Underground.

Companies that look for natural gas look for team members who know how to find it. People who study he surface of the earth and the rocks below it are called geologists (gee-OL-o-jists). They help look for special rocks that might show the location of pockets of natural gas.

Other team members are called geophysicists (gee-o-FIZ-zi-sists). Geophysicists not only study rocks, but they combine the studies of math, chemistry and physics. This helps them understand more about things such as ground water, pools of oil and ocean waves.

As the team grows 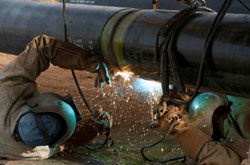 Once the natural gas is found, skilled workers must get it from the exploration site to the refinery. This takes drilling experts, pipefitters, pipeline and pumping station operators. Special scientists in a refinery or gas plant take all the things out of the natural gas that are not needed, like water or other gases.

Gas has no color or smell so gas plant operators add a special “smelly” substance, called mercaptan (mer-CAP-tuhn), to make it easier to detect a leak. Now the gas is ready to be used by utility companies like your gas company. Gas company workers help keep the gas flowing to homes, businesses, schools, churches and hospitals.

Every one of the jobs named here represents just a small portion of other types of Energy Underground jobs. What do all these people have in common? They all went to high school and most of them went to college or beyond.